A mixture of the emotions i am currently going through. Having not been able to go to the potteries due to family commitments, i watched in a pub in Islington a rather strange experiance at the best of times but tended to fit in with what was about to unfold with the number of strange and biased descions that i have just witnessed i was appreciative though for sky’s numerous replays and not so pleased looking at the reflection of Dwight Yorkes glowing teeth in the studio at full time. 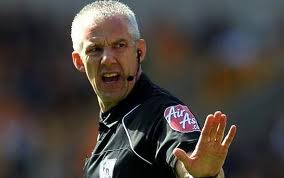 Where do i start three genuine penalty appeals turned down,albeit another one given, a genuine goal ruled out for offside by Ade and the ref allowing Stoke to run down the clock from the start of the second half thye where taking a obscene amount of time over every goal kick, corner or the favourite at the Britannia the ‘long’ throw, Rory Delap was benched today so young Ryan Shotton took over the duties with a do it yourself towel/t shirt combination, a ploy that we struggled to deal with all afternoon. Foy seemed to have it in for us from the first minute with numerous of the ball fouls being ignored plenty of these right under his nose. There first goal an obvious handball by ex spur Peter Crouch later named man of the match, Foy was in a perfect position to see this yet allowed play to carry out and in-tow Crouch squared for another former spur Etherington to get his first of the afternoon we looked shell shocked and Stoke continued to press they could smell blood and had a few more chances before we finally settled into the game at which point we pressed a little but never looked like scoring it was arsenal esq at best Modders, Bale and Azza didn’t get going, three different right side corner takers all had a go all with terrible deliveries. Then the sucker punch a second Stoke goal and a second for Etherington was are unbeaten run really about to come to an end i had forgot what defeat felt like and Parker and Ade had never tasted it in Lillywhite of Spurs the half time whistle came and we needed it. 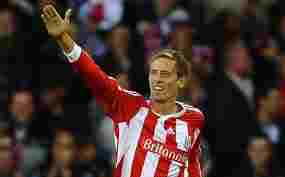 Harry needed to do something and he did, the disappointing Lennon replaced by Defoe, with Rafa dropping to the right wing and a shock appearance of Sebastian Bassong in place of Benny. The second half was like a different game we suddenly looked like the team i had seen over the last 3 months a team that is a title challenger we had numerous chances and had there been another ref im convinced we would have left with not only our unbeaten record intact but also three valuable premier league points.

Foy was adamant we would not take anything form this game, constantly ignoring the vicious approach from stoke and then booking Kaboul for an incident in the box where he should have definitely been awarded a penalty, it went on Shawcroos the main effender handling off the line and then Ade putting the ball in the net to be wronglly ruled for offside, one descion we did get was when Modric was tangled over in the box and rather strangely Ade stepped up even though our normal penalty taker Rafa was on the pitch? the big forward coolly converted, try as we might Foy was adament he was ending our run,and dully sent of Kaboul for his second yellow card . To add to the weirdest at the brit was the substitue apperance of Giovanni Dos Santos in his short spell on the pitch he managed to be further embarrased by foy who wronglly accused him of commiting a foul throw. A Sunderland side rejuivinated by Martin O’neil next up at the lane. COYS