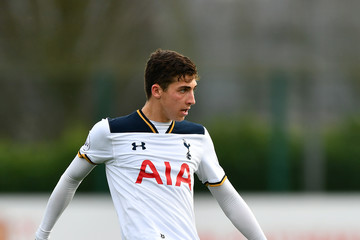 The end of the season is approaching and, inevitably, this will prove to be the last few months at Hotspur Way for some of the clubs younger players.

Northern Ireland u19 International, Charlie Owens has been training and playing for QPR’s U23 side after being told his contract will not be renewed at Spurs. Should he sign a permanent deal with the Loftus Road side, he would link up again with Oteh and Chris Paul who left spurs two years ago.

Zenon Stylianides like Owens is another player who has been told he will not be offered a new deal at spurs once his contract expires in June.

Having impressed in the U18’s young full back, Joe Muscatt had been expected to perform for the level above but has found game time hard to come by competing with Kyle Walker-Peters for the right back slot. As such, he is surplus to requirements at Hotspur Way and will leave on 30 June 2017.

The futures of Thomas McDermott, Cy Goddard, Filip Lesniak, Christian Maghoma and Joe Pritchard remain unclear at this time but I would be very surprised to see any of them at Hotspur Way come 1 July.