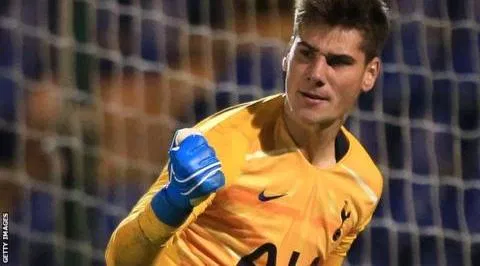 Development squad goalkeeper, Jonathan De Bie, 19, is set to be released by Spurs this summer.

De Bie’s contract will expire on 30 June 2020 and will not be renewed with both Anderlecht and KV Mechelen keeping an eye on his situation. De Bie also had a trial with KAA Gent in January.

It is a disappointing end for the Belgium youth international, who had a promising start to his time at Hotspur Way after Spurs beat Liverpool to his signature.

The goalkeeper joins Jonathan Dinzeyi who is also being released by the club this summer.