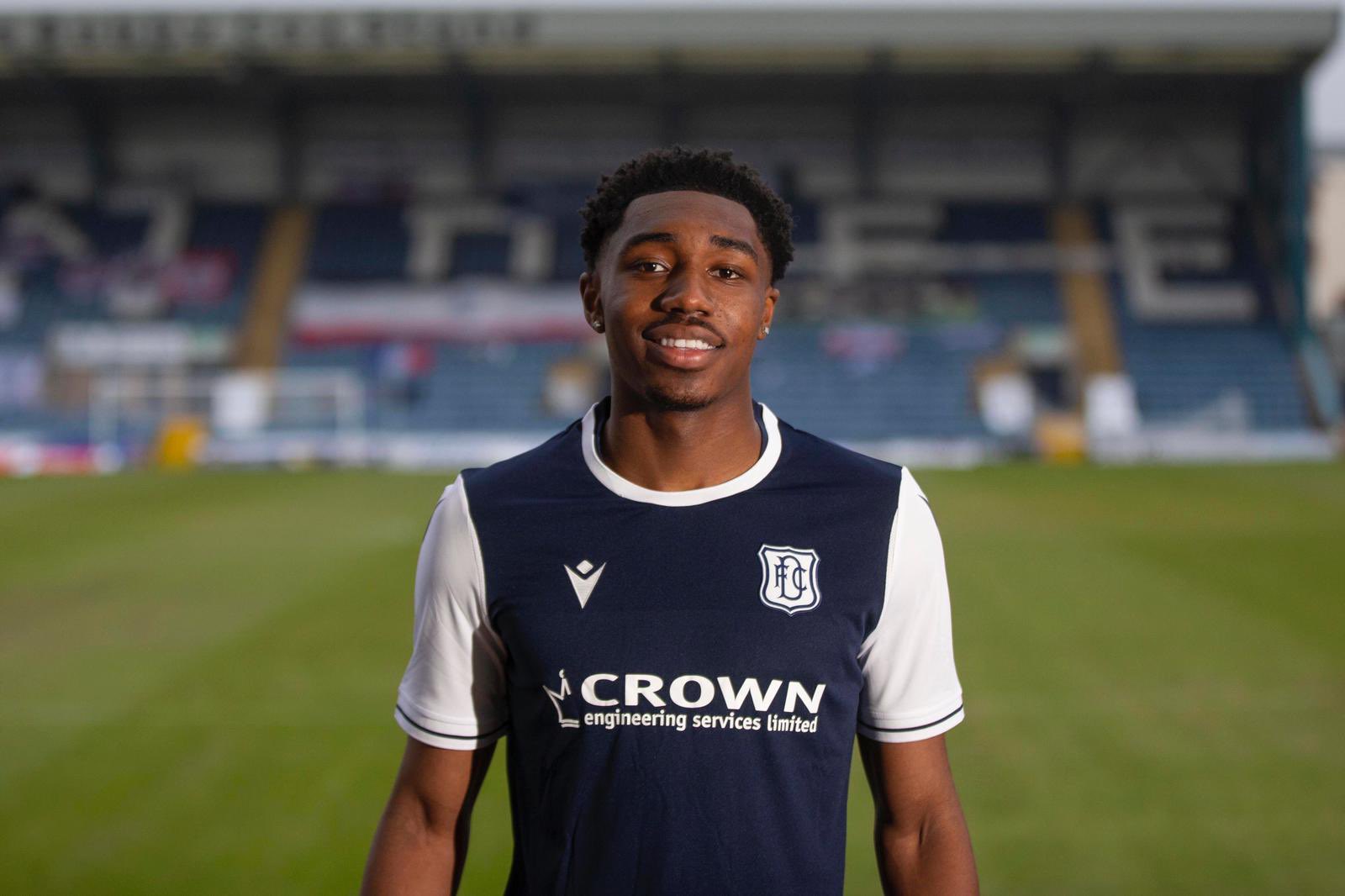 The January transfer window has drawn to a close, with no incoming players, but no less than 14 departures. However, despite Dele Alli and Danny Rose looking for other options, neither were able to secure a loan away from the club.

Here are all the players on the move:

It never came close to working out. The 22 year old arrived from Benfica arrived last January and was heralded as someone whose talent and versatility would bring fresh dynamism to the squad. In the end we didn’t see that talent emerge and his versatility saw him shunted into various positions on the few occasions he turned out in lilywhite.

In the end Gedson made a total of 14 appearances for Tottenham, just two of them – cup games against Marine and Chelsea – coming this season.

The Portuguese international was immediately loaned out again to Turkish giants Galatasaray upon his recall.

At 29 years of age and approaching the best years of his career, Gazzaniga simply could not afford to be languishing on the sidelines.

Elche may be battling relegation, but playing regular first team football in La Liga is a great opportunity for the Argentine international to get his career back on track.

De Bie was set to be released last summer, but stayed following Covid-19 which caused a lack of trial opportunities at other clubs.

Anderlecht, KV Mechelen and KAA Gent were all said to be interested in the 20 year old goalkeeper last year, but he has now moved to Belgian First Division B side R.W.D. Molenbeek.

It is a disappointing end for the Belgium youth international, who had a promising start to his time at Hotspur Way after Spurs beat Liverpool to his signature.

23-year-old Georgiou had been with Spurs since joining from Watford in 2013 and spent time out on loan with Levante B, Ipswich Town and Bolton Wanderers, playing both as a left-back and as a left-winger.

It was against another Cypriot side that Georgiou made his Spurs debut in 2018. The substitute appearance against APOEL in the Champions League was to be his only appearance for the club, however.

He has already made his debut for AEL having made the move in mid-January.

You can read more on Georgiou’s transfer here.

Pochettino, 19, has joined Watford on a free transfer, bringing to an end the last Pochettino link with Tottenham after his father, Mauricio, and brother, Sebastian – a sports scientist – left the club in November 2019.

A right sided midfielder, Pochettino was a regular for Tottenham’s youth sides, making nearly 50 appearances for the U23s and U18s. However, the route to first team football was crowded and he leaves the club without making his first team debut, with his contract set to expire on 30 June 2021.

You can read more on Pochettino’s move here.

Austin has moved to Orlando City on loan to further his development after making eight appearances for the Under-23s in the Premier League 2 this year.

He spent the second half of last season out on loan with Danish side Viborg FF, impressing as he made 14 appearances in the NordicBet LIGA.

The England Under-21 goalkeeper is expected to complete an entire season in the MLS with Orlando, and will return to the club in December.

Clarke moves to Stoke City on loan having made a decent impression in and around Spurs’ first team squad this season, making a few appearances off the bench.

The England Under-20 international had an difficult loan spell with QPR after making his move from Leeds United, but he looks to have settled in quickly at Stoke, having already made four appearances.

Fagan-Walcott, a highly promising centre-back, has joined Scottich Championship side Dundee for the rest of the season.

The 18 year old suffered a bad injury at the beginning of the season, but has since returned for the Under-23s. Fagan-Walcott has been given the number 6 shirt at Dundee and has already made his debut for the club, playing the full 90 against Raith Rovers. He’ll be hoping he can help them to promotion before returning to Hotspur Way.

Fagan-Walcott made his first team debut against RB Leipzig in the Champions League last year and appears in our Dream Team 2030/31.

An Under-23 regular who is comfortable playing either at centre-back or right-back, Okendina has moved to Cambridge United on loan for his first taste of senior football.

He joins a side pushing for promotion and has made two appearances for the U’s so far.

Troy Parrott has been recalled from Millwall and joined Ipswich Town on loan.

Parrott endured a difficult loan spell at the Den, with injuries restricting him to 14, goalless appearances. Often being played out of position didn’t help and there is no doubt that the Championship remains a competitive and challenging league to be making your first real strides in the senior game. Even Harry Kane’s loan spells weren’t always an unqualified success.

However, Parrott remains a major talent. He’s already received two caps for the Republic of Ireland and his natural ability will hardly disappear after only a few months. Let’s not forget, this is a player who made his debut for Spurs at the age of 17 and spent most of last season in the first-team squad. He also scored 31 goals in just 38 games for the youth sides since after joining the club in 2017.

He joins an Ipswich Town who are going through a difficult period, with the club falling to 11th in the table and the local newspaper calling for Paul Lambert to be sacked – with only 27 goals in 23 games they are in desperate need of a new striker. It’s clear that Troy Parrott will get games, and, if given the service, he will get goals. This could be a very good move for him and Spurs, not to mention Ipswich and Paul Lambert.

We are big fans of Jack ‘Scores Goals’ Roles here at Lilywhite Rose and are hoping his loan to Stevenage gets him back playing football.

Roles had a good loan spell with Cambridge United in 2019/20 making 25 appearances and scoring five goals, including a 30-yard screamer. However, his last loan spell with Burton Albion was a difficult one, making just three appearances off the bench.

We know that, given the chance, the Cyrpus international will get back to doing what he does best.

Sterling’s move to Greenock Morton is the 22 year old’s fifth loan spell, his latest at Southend United yielding just one goal in 12 appearances.

Despite amassing 34 goals in 78 games for the U23s and U18s, as well as making two substitute appearances for the first team, Sterling’s once promising career is now in danger of stalling.

Sterling’s contract with Spurs expires this June – he’ll be hoping to impress while out on loan to secure a new club in the summer.

Shilow Tracey has been recalled from his loan spell at Shrewsbury Town and has joins fellow Hotspur Way player Jubril Okedina at Cambridge United.

Although he scored four goals while at Shrewsbury, they were all in the EFL Trophy and Tracey was in and out of the side, managing just 12 appearances in all competitions.

At 22, and with his contract expiring in June, Tracey will be wanting to make a strong impression with the U’s.

White made his Tottenham debut in the Europa League this season before earning his first start against Marine in the FA Cup. He he has been in and around the first-team squad for much of the season and now joins a Portsmouth side pushing for promotion from League One.

He has already made two appearances for Pompey and we are looking forward to watching how this talented young player go from strength to strength with more senior competitive minutes under his belt.

He could come up against fellow Spur, Troy Parrott, when their respective clubs meet in March.

White forms a midfield trio with Oliver Skipp and Alfie Devine in our Dream Team 2030/31.